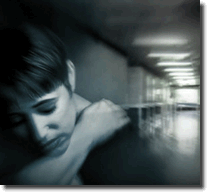 Meth users often display multiple behavior changes. These individuals are frequently violent, bizarre acting, excessively anxious, confused and unable to sleep. Psychotic features are very common as an effect of this drug as well. These individuals can show paranoia, visual and auditory hallucinations, mood disturbances, delusions, homicidal thoughts, suicidal thoughts, and out of control rages. These behavioral changes can persist for years after drug use is discontinued. An acute meth psychosis has been described in the medical literature. This is characterized by extreme paranoia, well-formed delusions, hypersensitivity to environmental stimuli, stereotyped "tweaking" behavior, panic, extreme fearfulness, and a high potential for violence.

Heightened sexuality is described in meth user and is frequently a desired effect of the drug. Because of this, the users often participate in bizarre sexual activity beyond their norms, and may participate in sexual acts in view of their children. They also commonly participate in frequent, unprotected sexual activity which results in many pregnancies as well as sexually transmitted diseases including HIV and hepatitis. There is almost always some form of pornography found in the homes of users. Children living in these homes are at increased risk of sexual abuse from witnessing sexually explicit activity, exposure to pornography, or being targets of the activity themselves.

The medical complications of meth use are multiple and involve almost every major organ system. They are largely related to blood vessel constriction caused by the meth. This drug can effect the cardiovascular system and potential complications include rapid heart rate, irregular heart rate, increased blood pressure, heart attacks (due to constriction of the blood vessels to the heart), inflammation of the heart muscle, inflammation of the lining of the heart, and damage to blood vessels anywhere in the body. The central nervous system complications may include neuron loss and damage, seizures, chronic psychosis, movement disorders, strokes, and spontaneous brain bleeds. The lungs can be affected as well because meth use can cause pulmonary edema (excess fluid on the lungs), constriction of the blood vessels in the lungs affecting oxygen exchange, and chronic lung disease. Several other major organ systems can be affected including the kidneys, liver, muscles, and gastrointestinal system. Agitated delirium with sudden cardiac death has also been linked to meth abuse.

All Meth users suffer from what they call "Crank Bugs". Meth is manufactured with chemicals that are toxic to the human body, and once the drug is taken the chemicals remain. The body's natural reaction is to try and eliminate the toxins. Users itch and scratch which causes the open sores.